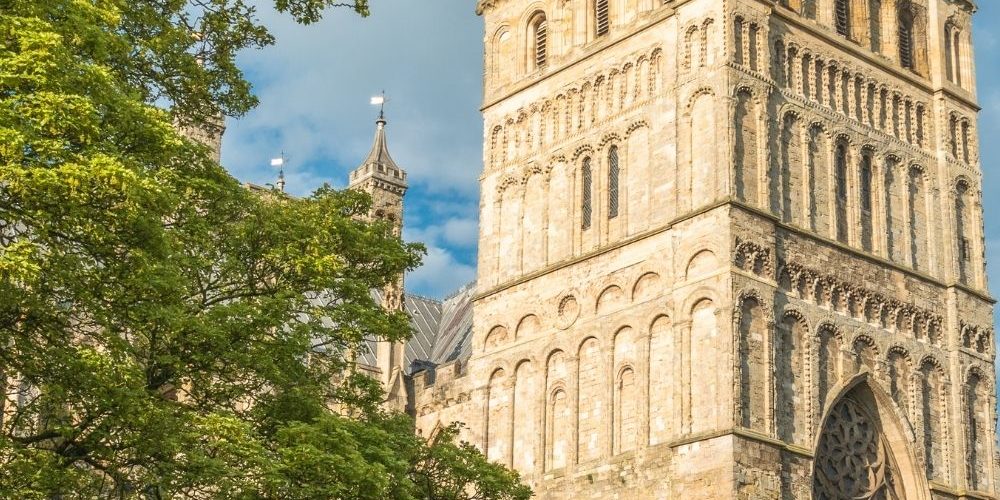 Looking to do a weekend trip from London to Exeter? Here’s your ultimate guide to planning a weekend getaway to one of the UK’s most beautiful historic cities, from a Londoner.

This blog post is brought you to by Visit Exeter and GWR. All opinions are my own.

Living in a place like London it’s easy to get caught up in the city life and completely forget there’s a whole other world outside, well, Zone 1-6.

This year I’ve challenged myself to explore more of the UK, starting with a lovely weekend trip to Exeter, one of the England’s most historically tantalising cities — for three days of wandering ancient cathedrals and prestigious university grounds, indulging in British cuisine and seeing all the West Country gems this city has to offer.

How to do a Weekend Trip from London to Exeter

How to get to Exeter from London

The best part about doing a weekend trip from London to Exeter is it’s only about two hours away by train, perfect for leaving on a Friday and being back in the city for Sunday eve.

For this trip I took the GWR, one of the fastest and cheapest ways to get across the west of England (i.e giving you no excuse not to book a cheeky holiday ASAP).

P.S – If you’re in GWR first-class you’ll get a tea or coffee and a light snack box for your journey, plus access to the First Class Lounge in Paddington beforehand.

Where to stay in Exeter

For this trip we stayed at The Jury’s Inn. A 4-star hotel (with mid-range prices) minutes from Exeter’s city centre.

Between the on-site restaurant & bar, daily breakfast and central location, it was all the backdrop we needed for a weekend in Exeter. Make sure to try their fruit smoothies at breakfast!

Things to do in Exeter

One of the biggest draws to Exeter is most certainly the Exeter Cathedral.

It’s hard to describe how impressive it is until you see it for yourself, so I highly suggest making it one of the first things you during your weekend trip from London to Exeter. You can plan your visit here.

Equally so, a Red Coat Tour should be top of the list when you first get to Exeter, especially if you’re a history buff.

Run by the city council the incredibly knowledgeable tour guides (wearing a red coat of course) will walk you through how Exeter came to be one of the most historically significant cities in the UK.

P.S – The tour lasts about an hour and a half!

Have a shop on Gandy Street

You’ll probably see it on the Red Coat tour but if not (even if so) have a pop by Gandy street for a quick browse and a shop.

Here you’ll find buckets of Exeter’s most independent shops, bars and restaurants, and tons of University of Exeter students enjoying their city to the fullest.

It’s a given that when you understand the history of a place, you appreciate it that much more.

The RAMM Museum (Royal Albert Memorial Museum & Art Gallery) is a great introduction into all things Exeter if you prefer leisurely browsing to tours, and there’s a lot on the history of Devon as well. Best part? It’s completely free!

Personally, I’m not one for gimmicky tourist attractions, but when someone says they have the narrowest street in the world, I think it’s worth checking out.

Before you question it like I did, because it has a street name (Parliament Street) it is not considered an alleyway, which of course would be way less impressive.

Anyways, it’s perfectly plopped in the town centre, so super easy to pop by on your day of exploring — just make sure to use Google Maps to find it so you don’t miss it!

Have a pint at the Oldest Pub in Devon

It’s not a UK holiday without a visit to the pub! Especially when it’s the oldest Devon.

A stone throw away from Parliament Street and you’ll find The Turk’s Head, a no-fuss English Pub, Inn and Microbrewery with some very well-know guests in its day (ever heard of Charles Dickens?)

Have a Cocktail Night at The Terrace

All of your Exeter exploring is sure to leave you thirsty (and hungry), time for The Terrace.

The Terrace has long been home to Exeter students and locals and ‘the place’ for a good night out.

Between the rooftop terrace, live music and handcrafted cocktails (all botanic-inspired!) it’s a great place to end a night in Exeter.

P.S – Ask for their cocktail named after Moana!

I’ll be the first to admit, going to the gym during a holiday is completely foreign to me. But after a night of cocktails I can’t describe how nice it was to refresh and reset with a day of fitness (and spa time).

St. Sidwell’s Point is a new addition to Exeter, with everything from a fitness centre, to swimming pool and full spa right at your fingertips, not to mention they’re incredibly sustainable — built to the German Passivhaus standard and reusing nearly 70% of their energy!

P.S – You can purchase a day pass to the gym & spa at reception. And if you’re staying at the Jury’s Inn, St. Sidwell’s Point is just across the road!

One of my favourite things about travelling is doing things I wouldn’t normally do at home, in Exeter, this meant a rugby game.

Heading to the Sandy Park Stadium we watched the Exeter Chiefs women vs Bristol Bears Women Match Kick-Off (Exeter won!) and instantly felt like locals cheering on the team and enjoying the summer English sun.

Have Dinner & a View at Margoux

Surprisingly so, there’s an amazing foodie scene to Exeter as well. We visited Exeter’s newest trendiest Restaurant & Wine Bar, Margoux, and it did not disappoint.

Have your dinner on the bottom floor (I highly suggest the Chateaubriand) before heading to the rooftop for Cathedral views and your cocktail of choice.

P.S – If you’re not drinking their mint tea is lovely too!

Go Canoeing across Exeter (to a pub)

Similar to seeing London by bus I think seeing a place from as many modes of transport as you can, whether that’s walking, biking or bus’ing is the best way to soak in a destination.

Today, we took that quite literally with a canoe across Exeter. We rented out gear from Saddles & Paddles and headed out for a mid-afternoon adventure across Exeter Quay.

Outside of a slight swan altercation (we were fine!) it was a beautiful ride, taking us strategically to the Double Locks Pub — just remember not to drink too much, you’ve still got to head back too!

P.S – As per the name, you can also rent bikes from Saddles & Paddles if you’d prefer to cycle the route!

After your canoeing you’re sure to have worked up an appetite. How about some fresh seafood at Rockfish?

The West Country chain is a local and tourist favourite for their sustainably sourced seafood and fresh catches of the day (I got the crab!) it’s also just across the road from Saddles & Paddles.

Make your own Exeter Gin at the Quayside Distillery

Although there’s not a particularly intimate connection with Exeter and Gin, the Quayside Distillery felt like the most Exeter way to end our day.

‘Master Distiller’ and founder George (who actually was a Londoner at one point!) showed us the method to his madness personally, and the entire process of making really good gin. If you come here on a tour you can also make your own to take home!

P.S – It’s also a bar & restaurant if you want to grab a bite or a drink before your train back to London

Is Exeter expensive to visit?

Coming from London, definitely not. However being a bustling university town, don’t expect countryside prices just yet.

As a general rule of thumb, for most of my UK weekend trips I spend around £150-400, of course this can go over, but that’s typically enough to cover accommodation, food, things to do and a splurge or two.

Any places near Exeter worth traveling to nearby?

Loads! Dartmoor, The Jurassic Coast, Exmouth, Exmoor and Lundy Island, Plymouth and The English Riviera (to name a few) are all great adds to your Exeter itinerary whether you choose to replace one of the days of your Exeter weekend trip with another destination or simply extend it all together!

Can I do a day trip to Exeter?

If you’re short on time, most definitely. In this case, I’d suggest knocking around 5 activities off the ‘things to do’ list above so you can really have time to soak up the experience from the rest.

Want to see my experience in Exeter? Check out my ‘Exeter story highlights’ for behind the scenes of my trip! 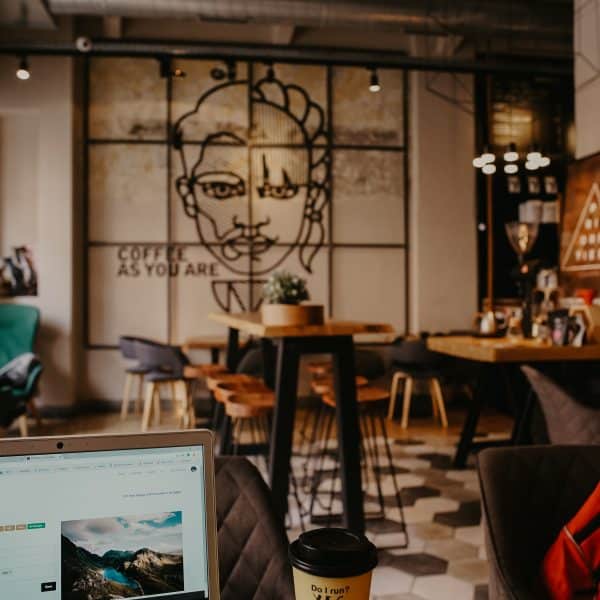 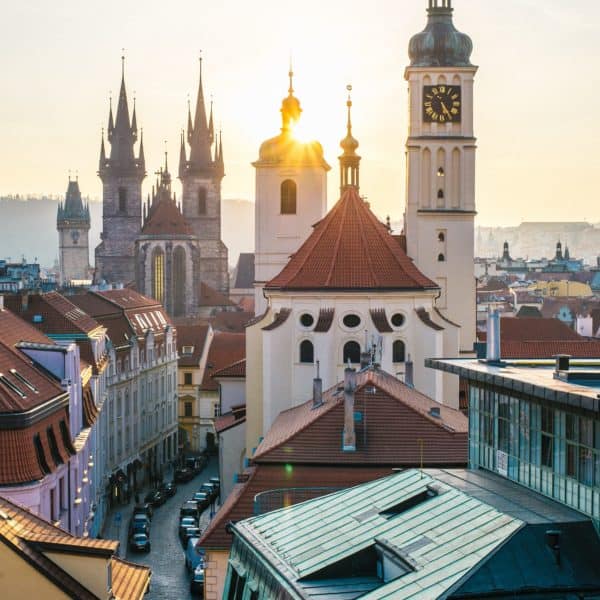 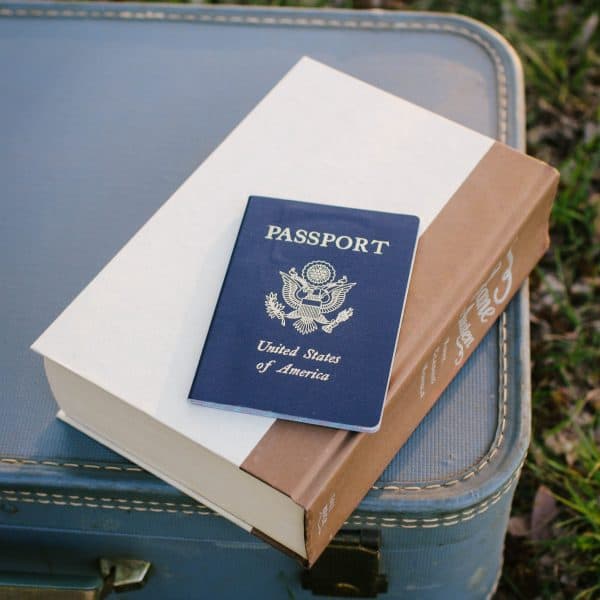 Day in the life of a full-time London travel blogg