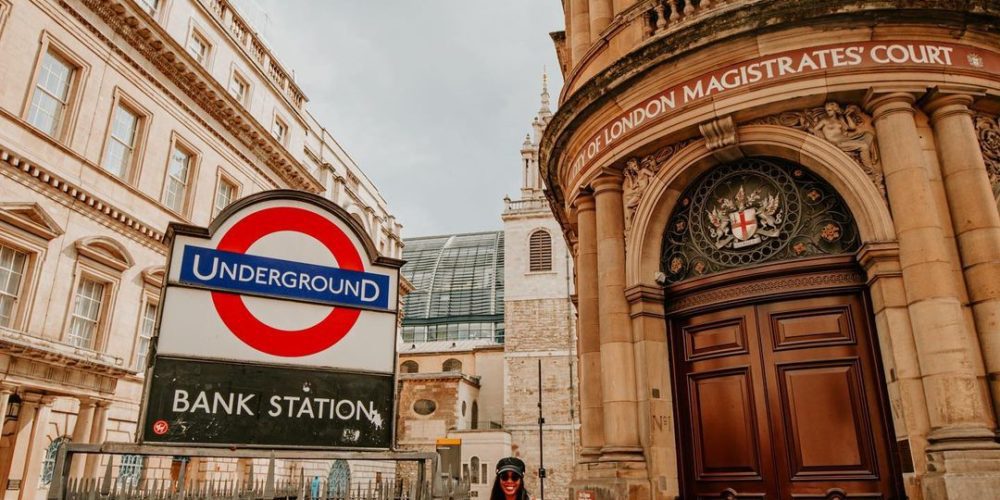 When someone says ‘City of London’, what comes to mind? If your answer is ‘business suits’ — then it’s time to change your perspective.

Outside of being one of London’s top business capitals — the City of London is the centre of, well London’s entire existence!

Since Roman times the City of London has been a hub for commerce, history and power — previously known as Londinium.

Fast-forward to present-day and the City of London has transformed into a fascinating mix of both old and new, filled with historic sites, cultural centres, and pretty much London’s best spot for rooftop bar views. From me to you, here’s what to get up to in the area.

Things to do in the City of London

Built by Christopher Wren following the Great Fire of London, the wildly impressive Cathedral has the biggest dome in the world, along with an expansive art collection, Chapels, Crypts and live choir services.

It’s easily one of the best things to do in the City of London as there’s so much history to soak up here. Not to mention it was home to Winston Churchill’s funeral and Prince Charles and Princess Diana’s wedding.

P.S – To avoid disappointment make sure you book your St Paul’s Cathedral Visit in advance!

2. Visit the Museum of London

The Museum of London is the best way to not only gain an appreciation for the City of London, but the entire history of how London came to be.

Spanning from pre-historic times to present-day the interactive exhibition will walk you through a series of galleries, each showcasing a certain time period in London’s history.

Entrance is also completely free, making it one of the best free things to do in the City of London too.

3. Climb Up the Monument to the Great Fire of London

The Monument to the Great Fire of London pays tribute to one of the most significant events to happen to the city.

Perched in the centre of the City of London, you can learn about the Great Fire of 1666 and get panoramic views of the city too.

4. Get the Best Views in London at the Sky Garden

While you’re roaming the City of London you may or may not notice a huge walkie talkie building (okay, you’ll definitely notice). Welcome to the Skygarden.

The Sky Garden is London’s highest garden, designed by Uruguayan architect Rafael Viñoly taking his vision for a public park to the sky.

Between the daily free entry, chic bar and brasserie dosed in greenery and of course, the insanely seductive views on the 35th floor, it’s easily one of the best things to do in the City of London.

Read More: Your Ultimate Guide to Visiting the Sky Garden

5. Get Cultured at the Barbican

Art & culture isn’t the first thing that comes to mind when you think of the City of London, but that just means you haven’t visited the Barbican Centre.

The multi-disciplinary space is a hub for art & design, events and talks, cinema, theatre, dance and more, all under one roof.

If you only see one thing while here make sure it’s the Barbican Conservatory. It’s a glass-roofed plant sanctuary flowing with tropical trees, birds and exotic fish (oh, did I mention it’s free?).

7. Have Lunch at The Royal Exchange

The Royal Exchange is one of those places in the City of London that is truly hiding in plain sight.

Outside of its iconic architecture there’s tons to get up to here — from luxury shopping opportunities to fine dining, majestic courtyards, and classy coffee and cocktails spots.

The Fortnum’s Bar and Restaurant is my particular favourite here, so make sure to pop in for lunch while you’re exploring the City of London.

Read More: The Best Brunch & Breakfast Spots in the City of London

As a lover of London views I’m always on the hunt for the most beautiful city sights, and The Garden at 120 most definitely makes the list.

The City of London viewpoint is London’s largest public rooftop — completely free and open to everyone.

Once you’ve made it to the 15th storey you’ll be rewarded with 360-degree views of the city, along with dozens of fruit tress, wisteria, comfy seating and a coffee hut to keep you company.

9. Sip at all the Historic Pubs (and cocktail bars too)

If you’re looking for things to do in the City of London on the more boozy side you’ll be pleased to know the City of London holds some of London’s most historic pubs (and cool cocktail bars too). Here’s a few to try out while you’re in the area:

There’s also loads of beautiful cocktail bars in the area including The Madison, Demon, Wise & Partners and the oh-so-secret The Mayor of Scaredy Cat Town (if you can find it).

10. Roam St Dunstan in the East

Sandwiched in Saint Dustan in the East the World War 2 renovated churchyard now serves as a garden and tranquil hideaway for Londoners.

Escape the city with a flowing fountain, vibrant foliage and beautifully stained glass windows all as your backdrop.

P.S – This has also become a hub for Instagrammer’s lately, just a heads up!

11. Step Back in Time at the Roman Walls

In 200 AD, London was defined by one thing — a grand city wall. If you can believe it, this stood time for over 1700 years — but they’ve left behind a few pieces.

Today you can find the Roman Walls in the City of London and across Tower Hill, Aldgate and Bishopsgate, Moorgate, Cripplegate and West Cripplegate, Newgate, Ludgate and Blackfriars.

Lucky for you you won’t have to leave the City of London to find the most impressive Roman Wall. It stands tall at 8-11 Crescent, London (EC3N 2LY).

12. Have Your Harry Potter Moment at Leadenhall Market

You may recognise London’s most beautiful covered market from this Harry Potter scene, and yes, it’s in the City of London!

Between the 14th century painted walls and cobbled floors, it’s a beautiful backdrop to the award-winning pubs and boutique markets that lie inside.

13. See a Court Trial at the Royal Courts of Justice

Although it’s technically on the border of the City of London, The Royal Courts of Justice is just too good to be missed if you’re anywhere near.

The High Court is a live courthouse, meaning not only can you tune into court cases (and watch the barristers and their grand white wigs) but just an up-close peek into how the British judicial system actually works.

You can also take an official tour of the building if you’re interested in learning more about the history too.