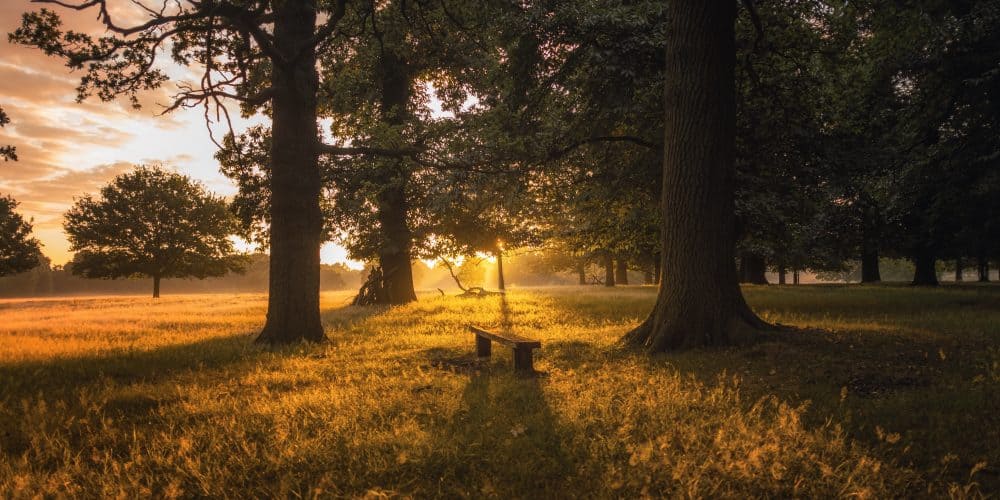 Looking for things to do in Richmond Park? Here’s my personalized guide for how to spend a magical day at one of the most famed green spaces in London. Enjoy!

Every Londoner and tourist alike has heard of Richmond Park one way or another.

From television backdrops to the famed Richmond Park deer, it’s one of those places in London you can’t help but find your way back to. I discovered the area my first year in London and slowly found myself journeying South West every week just to stroll the grounds and take in the area. It’s lovely!

A Quick History of Richmond Park

A sprawling 2500 acres of deep woodlands, ancient trees, rolling hills and lush gardens you could easily spend hours (or days) exploring all the grounds have to offer.

Dating back to 1272, Richmond Park was originally known as the “Manor of Sheen” named by Edward I, but Henry VII decided it was time for a rebrand, adaptly naming the Richmond Park we see today.

Unlike many green spaces, Richmond Park is somewhat stuck in time. Everything from the roaming deer (formerly Charles I hunting grounds) to pristine ponds has been preserved from Victorian times  — talk about a walk through history! So if you ever find yourself in South West London, don’t miss a chance to visit Richmond Park. But first, some practicals.

How to Get to Richmond Park

The easiest way to get to the park is by the District Line or National Line. Both will lead you to Richmond Station and you can take the 371or 65 bus to the park from there.

If you want an alternative route, download Citymapper and pop in the official postcode (TW10 5HS) but keep in mind the park is massive, so it may not be the closest entrance to you.

If you’re coming by car there is a car park, but it can get rather busy so try and come for the mornings if you can.

When is Richmond Park Open?

Things to do in Richmond Park

Of course, you could simply spend the day roaming around, but here are some highlights you can’t miss (in my opinion).

P.S Be sure to download the official map to find your way around the grounds.

One of Richmond Park’s most famed attractions roaming the Isabella Plantation feels like walking through an enchanted forest.

Opened in 1953 the 40 acres of international woodlands and wildlife are conserved as a Site of Special Scientific Interest. You could easily lose an hour exploring the natural ponds, rare birds, and ancient trees on offer.

If there’s anything Richmond Park is known for, it’s its deer. Roaming the grounds freely since the 1600’s you’ll definitely want to catch a peek, but you’ll need to keep a few things in mind.

Deer are extremely unpredictable so you shouldn’t touch, feed or go anywhere within 50 meters of them. If you want to photograph them, be sure to bring a good zoom lens, because it’s still 50 meters.

3. Take in the View at King Henry’s Mound

For one of the best views in London, you’ll want to make your way to King Henry’s Mound.

The hunting viewpoint is open to the public where you can take in sweeping scenes of the Thames to the East and St.Paul’s to the West. If you want a closer perspective, there’s even a telescope!

4. Awe at the White Lodge

I’ll admit, I had no intention to find the White Lodge, but I’m so glad I stumbled on it.

A Georgian house in the heart of Richmond Park — the former royal residence is home to the Royal Ballet School for young dancers. You can’t go inside obviously, but it’s worth awing the grounds for a few lazy minutes.

5. Take Up Some Richmond Park Cycling

If roaming 2,500 acres of land sounds a bit overwhelming (fair) then you might want to rent a cycle.

Thanks to their partner Parkcycle you rent one on-site! Simply go to the car park (at the Roehampton gate) or book a bike in advance for a cheeky discount.

P.S – Don’t forget to visit the Royal Parks  website for the latest updates during your visit!

How Long to Spend in Richmond Park?

I always say I’ll just go for an hour or so… but that never happens. In reality, expect to spend at least 2-3 hours to see all there is to see. If you want to explore the Richmond area as well, carve out an afternoon, which leads me to…

Things to do in Richmond Park Area

I’d suggest paying a visit to the Hampton Court Palace, Marble Hill House, Ham House and Garden, or Syon House followed by a stroll around Richmond Bridge and a bite and a pint at the White Swan.

You can also visit Richmond Park’s neighbor Bushy Park for some more exploring.

Well, that’s all from me! Let me know what you get up to at @candaceabroad.

For more information on Richmond Park visit the Royal Parks website. And if you love Richmond Park you’ll absolutely fall for Holland Park.

← Where to Brunch in Balham: 10 Best Breakfast Spots
19 Amazing Things to do in Hampstead, London: A Local’s Guide →