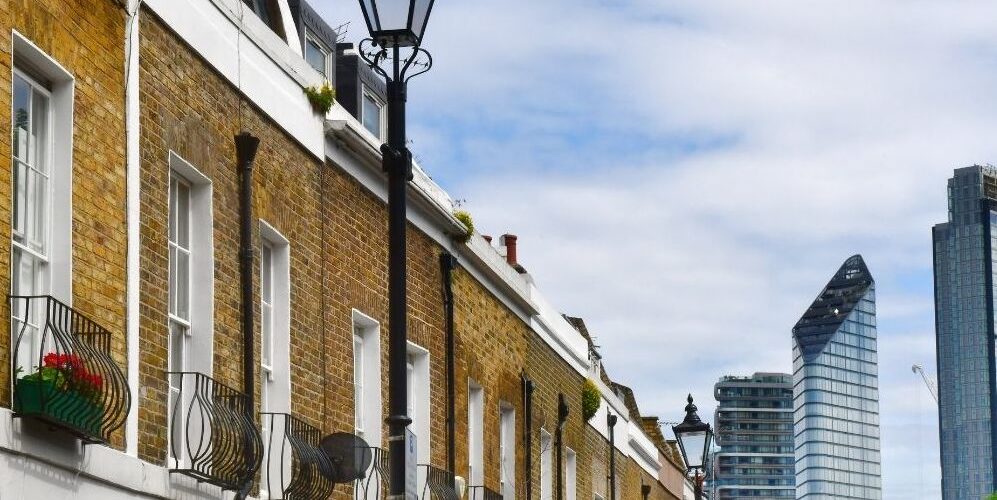 Looking for the best places to live in London in your 20’s? Look no further. Here’s the top neighbourhoods for young professionals to live the London life, from a Londoner (in their 20’s)

Moving to London in your 20’s is an adventure beyond belief. But deciding where to live? A struggle at best (until you finish reading this article of course).

Over the course of my 20’s I’ve lived across London and slowly started to notice there are certain neighbourhoods here that just suit 20-something life best.

So, whether you’re a young professional or a grad student looking for something outside of the ‘uni experience’, here’s the best places to live in London in your 20’s.

The Best Places to Live in London in Your 20’s

It’s a known joke among London locals that every Millennial Londoner has lived in Clapham at some point in their life (and basically every Australian).

Located in South West London, Clapham spans from the borough of Lambeth and Wandsworth (most 20-somethings that live here live between Clapham Junction to Balham High Road).

Clapham’s known for being one of the most trendy areas South of the river. So expect to find tons of bars, pubs and restaurants catering to the ’20’s in London’ scene. On the flip side, if you’re looking for more calm, Clapham Commons is right nearby, as well as the quieter Battersea & Chelsea area and Battersea Park.

Transport wise, Clapham Junction is one of the best linked stations in London. You can be in London Bridge by tube in 15 minutes, as well as take the train or Overground, to literally anywhere.

At the end of Victoria line you can hop out of stuffy London life and into home of London’s most bustling neighbourhood — Brixton.

The Afro-Caribbean hub (although now you’ll find a bit of everyone here) is hard to place to get bored. Whether you’re stuffing your face with the best with independent foodie finds in Brixton Village or vintage shopping til you drop in Pop Brixton, there’s always something to do.

Like most of London, the area is quite gentrified now (which has its pros and cons) so expect a mix of gritty streets and high rises. Although it’s quite an urban area, you’ve got Brockwell Park nearby if you ever need some city quiet.

If you’re looking for a hip place to live in your 20’s (that isn’t Shoreditch) Hoxton and Haggerston are calling your name.

The warehouse-like district is swarming with East London artists, so a great place to live in London in your 20’s if you’re the creative type. Here, you’ll be able to mix charming green space (like the oh-so-manicured De Beauvoir Square Rose Garden) with local gems like the Towpath Café and Prick. Plus, you’ll be on Regent’s Canal too!

If you’re living the London life in your 20’s you’ll no doubt want to take advantage of all there is to do in the city, and Shoreditch is the perfect starting point.

Of course, Shoreditch has become a hotspot by now, so you’re not going to get much of the ‘hidden gem’ feeling here, but there’s still an undeniable buzz and artistic charm that quite frankly is hard to find anywhere else. Between Brick Lane, Box Park, and buckets of art, culture and street art, you’ll be spoilt for things to do at all times.

Aldgate is also extremely close to Shoreditch, so if you’re looking for a slightly quieter version of the area, you can live just a few minutes walk away.

For transportation, you’ll have the Overground to Shoreditch High Street, with links to Central London in under 15 minutes. You’ll also be close to Old Street station, Liverpool Street Station and the Hammersmith & City line depending on where you live, so always a tube in sight! Expect to pay £700-£1000 for a shared room, £1400-£1600 for a studio flat and £1600 and above for a 1 bedroom.

There’s something cool about saying you live in the old stomping grounds of Amy Winehouse, but I’ll be honest, Camden for living in London is more for university students I’d say than for young professionals. However, Kentish Town is a lovely alternative.

You’ll still get the buzz of being minutes from the buzz of Camden Market and the calm of Primrose Hill, but with more a neighbourhood vibe than an ‘I live in the middle of a tourist attraction’ vibe. If local breweries and cultural eats (like Mamason’s Dirty Ice Cream) are your thing, you’re sure to love it here.

To get around use Kentish Town’s tube and National Rail service, taking you to Camden in under 5 minutes and Waterloo in about 25.

Pre 2012 Olympics, Stratford left much to be desired for best places to live in London in your 20’s. But with a nearly £700 million pound (yes, that’s a number that exists) regeneration, it’s slowly but surely become one of the best places for young professional Londoners to make their way.

Lucky for you living here means you’ll never have to worry about Oxford Street shopping again, with Westfield Mall literally at your fingertips. And tons of bars and restaurants to add to your ‘Londoning in your 20’s’ routine. If you have a dog (or just love green space) Olympic Park has over 560 acres of lush greenery to explore.

Similar to Clapham, Stratford is incredibly well linked — with the Central and Jubilee lines, DLR (Docklands Light Railway), London Overground and TfL Rail all in one place (and about 20 minutes from Central London). Look to pay around £500-£800 for a shared bedroom here, £1200-£1300 for a studio flat and £1300 and above for 1 bed.

Islington and Angel has secretly been known as one of the best places to live in London in your 20’s for quite some time now, and it’ll only take a short visit to realise why.

Where posh meets casual — the area is rightly filled with as many independent bars, cafes, and restaurants as you can imagine, while still maintaining a ‘local feel’ to the place. It’s also stunningly close to Regent’s Canal if you ever want a city escape. And last but not least, Camden Passage (one of London’s best kept secrets to be honest), a picturesque car-free street filled with antique shops, markets, and vintage goods.

Angel nearby has also made its name among creatives and quite frankly, those looking to live somewhere slightly more interesting than the shiny financial district.

For transport, you’ll most likely have Highbury & Islington station nearby, less than 10 minutes from Oxford Street. Or Angel station with the Northern Line 15 minutes from Leicester Square.

Elephant & Castle is one of the best places to live in London in your 20’s if you’re looking for diversity. With a strong influence from Columbian, West Indian and Thai culture (and randomly, a lot of expats), you’ll never fall short of something new to discover.

Disclaimer that one of the biggest faults of living in Elephant & Castle is the roads (you’ll see what I mean when you get here) but as the area continues to form from a junction area to thriving hub for Londoners, you’ll finds loads of theatres, shops, cinemas popping about. Not to mention an excellent food scene (two words, Leños & Carbón).

Getting around is more than easy here, with the Northern Line, Thameslink and tons of well-linked buses taking you pretty much anywhere Central in under 20 minutes.

Hammersmith is an easy place to miss when it comes to deciding where to live in London in your 20’s, but it’s worth the consideration. With gorgeous river views, the famous Apollo theatre and the royal Ravenscourt Park, it’s a great place to live if you still want to be close to all the action of London, minus the craziness.

Have a weekend here watching boat races, exploring Chiswick, popping into Shepherd’s Bush Market and taking a stroll over to Kensington if you wish (it’s only a mile and a half away!) and see if you like the vibe.

Incredibly biasedly speaking, Greenwich is one of my favourite places to live in London your 20’s. Major disclaimer that if you’re looking for bustling nightlife, this isn’t the place. But if living in affordable picturesque places are your thing, it’s calling your name.

From its Bridgerton appeal to Greenwich Park and UNESCO World Heritage Sites, not to mention a slew of charming brunch and cafe spots, there’s always something to explore here (and amazing pictures to take).

Transport wise, there’s North Greenwich station on the Jubilee line (15 minutes to Central London) or the DLR in Greenwich, super well-linked to East London. Flats here go from £550-£850 for a shared room, £1000 and up for a studio and £1300 and up for a 1 bed.

If you’re anything like me, even though you’re in your 20’s, you may want to live somewhere a bit more quiet (or maybe living in London’s most sought out neighbourhoods is simply worth splashing the cash).

Tips for Living in London in Your 20’s

Moving to London? Read these blogs!

🏡 How to Move to London

🇬🇧 10 Things to Know Before Moving to London

📃 What To Do Your First Month in London

💷 How to Save Money in London

👭 How to Make Friends in London (and any city)

5 Things to do in Primrose Hill, London 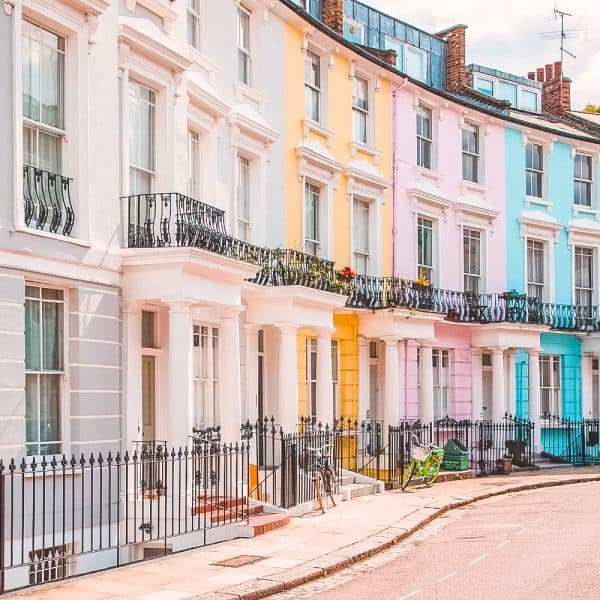 Spending summer in London? I got you! 🇬🇧 Ev

Doing a solo trip to London? In my very biased o

Would you move abroad because of a movie? From W

Hey new peeps, I'm Candace! I moved to London at

What’s the weather like in London? One of the

Would you ever live in a tourist city? I've alway

How to *actually* make friends in London If you'

How to Spend a Weekend in Copenhagen 🇩🇰 (fro

You’re looking good London 🥰 what are you guy

#ad Attention Londoners 🇬🇧 It has come to m

I have nothing to share today, except a few snaps

Planning a solo trip to London? I've got you! THE