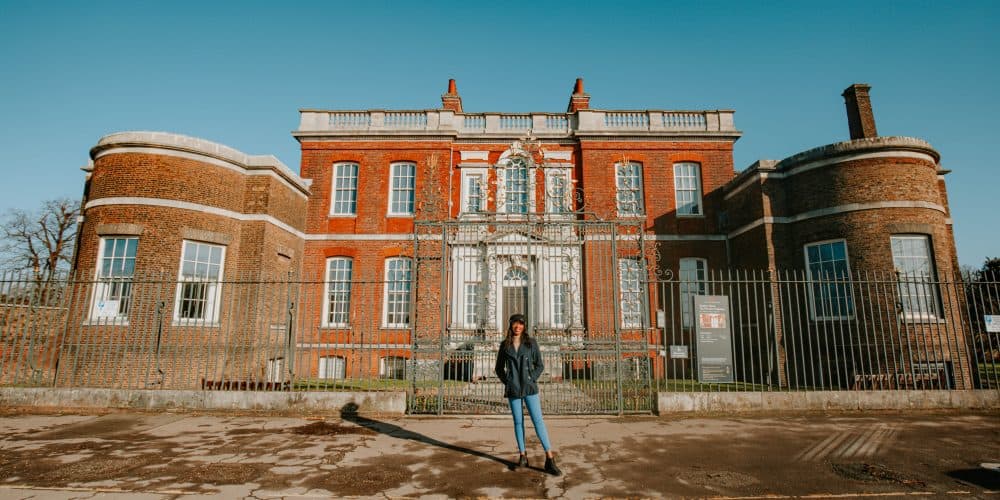 Looking to relive your Bridgerton Netflix binge? Here’s my personalized guide to all the Bridgerton London filming locations you can visit…IRL!

I didn’t plan on binging it. But when you find out you live 5 minutes from the Bridgerton house IRL, you wanna see what all the fuss is about.

Although the filming didn’t completely take place in London, there are still a few spots that will bring all your Period Drama feels to life. Without further ado, here are all the Bridgerton Filming Locations in London.

P.S – May include slight spoilers…sorry.

Although the show portrays the estate to be in Mayfair, the iconic Bridgerton house can be found at none other than Rangers House, in Greenwich.

Although the wisteria is faux, the house is very, very real, home to the Wernher Collection — and even open to visitors!

Remember where Lord Berbrooke gets a very rightfully deserved punch in the face?

Well if you want to relive the beating (or the scene at least) head to the Queen’s house colonnade and feel the Duke of Hastings protecting Daphne and his mother’s honor all over again.

When Prince Fredrich of Prussia comes to find his wife , he is greeted by dozens of noble families ready to bid for his attention….at the “Somerset House”,or should I say…the Queen’s House.

Unfortunately, all London lovers will quickly notice this is definitely not the Somerset House they were trying to portray.  But an excuse to awe at the royal residence and spend a day in Greenwich nonetheless.

Queen Charlotte’ss fictional residence resides at none other than Hampton Court Palace in Richmond.

The Reform Club in the Pall Mall | London SW1Y 5EW

The “gentleman’s club” you see the dozens of men retreat to in the show is a real Reform club! Used in 1836 to discuss radical ideas by the Whigs.

The Duke of Hasting tear-jerking childhood scenes and newly-returned estate can be found at Syon House, well, the interiors at least.

For the rest of the steamy honeymoon scenes, you’ll want to visit the Badminton House in Gloucestershire or Salisbury’s Wilton House in Wiltshire for the exteriors.

The twisted romance between the opera singer Siena Rosso and Viscount Bridgerton took place in the East End surprisingly, at Hackney Empire.

Several locations were used for the backdrop of the Queen’s royal St James’s Palace residence.

But for the tea scene with Viscountess Bridgerton and Queen Charlotte, make your way to Lancaster House, only a stone’s throw away from Buckingham Palace.

The small ceremony between Daphne and the Duke of Hasting was at the very real, St Mary’s church. If you’re as Bridgerton obsessed as I am, you’ll be pleased to know you can even get married IRL here (well, you have to live in the area and attend the church regularly…but worth the dream).

Okay, I know I know, I said London only. But as most of the filming took place in Bath, it’s only right to give it a mention.

A mere 90 minutes from London I highly suggest making a trip for the full Bridgerton experience.

Which Bridgerton location was your favorite? Let me know in the comments or at @candaceabroad where I take you on the tour myself!

If you liked this post be sure to read up on all the Bridget Jones, Notting Hill, and Love Actually filming locations you can visit in London!

← How to Plan the Perfect Day Trip to Cambridge from London (+ Itinerary)
Your Ultimate London Neighborhood Guide (Where to Live in London + Map!) →