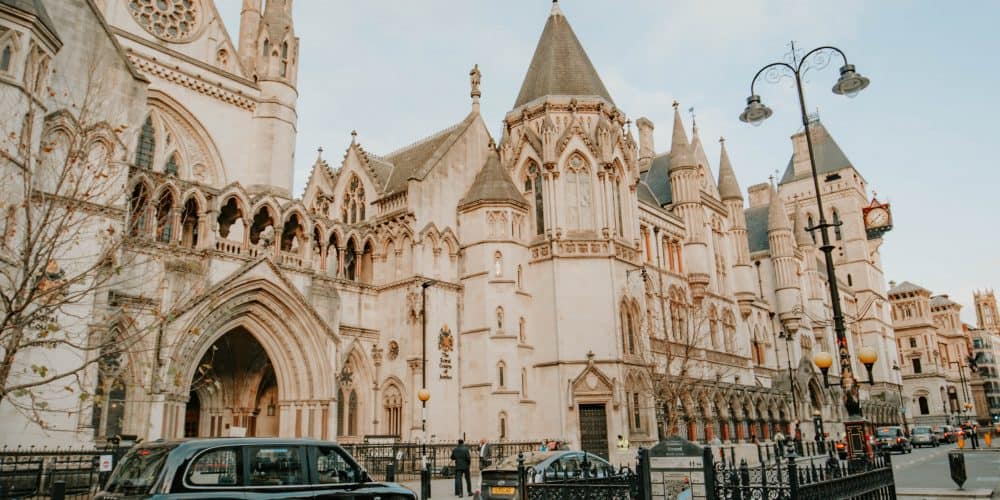 Looking for Bridget Jones filming locations? Look no further! Here are all the London movie locations to relive the movie all over again.

Before I moved across the pond, I’d spend all my idle time on any movie or show even mildly related to London.

So it didn’t take me long to fall in love with the story of Bridget Jones. A 32-year-old Londoner who finds herself lost in every way possible, until she decides to take control of her life (and enter a scandalous romance or two).

Note: These filming locations are for the first movie; Bridget Jones Diary

Bridget’s fictional estate (and home to her infamous “All by Myself rendition) can be found at 8 Bedale Street, right above the Globe Tavern.

If the area looks extra familiar, it’s probably because this is where Hugh Grant and Colin Firth have their brawl at the end of the movie.

Take a quick snap outside the famous black door and remember to be mindful of the building’s current residents. You can also pop through Borough Market after!

We can’t easily forget Hugh Grant’s heartthrob character (minus the jerky bits). Well, if you want to see his abode up close, just head to Clink St.

The modern apartments are just a quick walk from Bridget Jones’s flat; so you can easily relive Bridget’s shock when she comes up to find him with another woman.

It’d be hard to forget Bridget Jones blunder at the ICA, the location for the book launch scene of Kafka’s Motorbike (and the beginning of her romance with Daniel Cleaver).

The building itself is worth the visit, with a lovely cafe and tons of work from contemporary artists to explore.

P.S – It’s very close to Buckingham Palace so be sure to pair your visit with a walk around Central!

Tucked in London Bridge you’ll find Bridget Jones shopping spree in none other than Borough Market.

One of London’s most famous markets (and the scene where Bridget Jones walks home in her bunny outfit after she catches Daniel cheating) you can take in the movie location and have a bite while you’re at it.

Bonus: It’s right next to the Globe Tavern, so you can’t miss it!

Bridget and Daniel’s first date night takes place at none other than Cantina Del Ponte, a traditional Italian Trattoria along the River Thames.

Give yourself the full movie treatment with dinner on the seaside and a view to match.

Who can resist a rom-com fight? Especially when it’s between Hugh Grant and Colin Firth. Get in on the fictional action and relive the infamous brawl between Mark and Daniel’s characters at 5 Bedale Street.

Although the Greek Restaurant from the movie is closed, you can still enjoy the scene at the new wine bar.

When Bridget starts working for the news station she pops into BK News for a smoke break after fears of being sacked for missing her interview with Eleanor Heaney and Kafir Aghani.

Luckily Mark Darcy comes to the rescue, at none other than BK News. An unassuming newsagent; you can grab a snack to fuel the rest of your movie scouting!

It’s also right across from the Royal Courts of Justice, which leads us to our next scene…

The Case at the Royal Courts of Justice | Strand, WC2A 2LL

For breathtaking architecture and one of the biggest scenes in the Bridget Jones movie, head to the Royal Courts of Justice.

The high profile case she covered in the movie isn’t too far off from real life, with scurries of journalists and photographers frequenting outside the grounds more often than not.

To get a decent picture you may want to head there on the weekends. But, if you want to see the courts up close you can visit the court during working hours on the weekdays, but no cameras.

A very small filming location to note, but worth a pic none the less!

In between BK News and the Royal Courts of Justice is the Zebra crossing where Bridget Jones heads to her infamous interview. Not an Abbey Road per say, but it’ll do!

Bridget’s shoeless run to Mark ends with a kiss, on the corner of Cornhill to be exact. With diary in hand she finally catches up to Mark on a snowy day in London, about a mile from her flat.

The Mont Blanc shop where Mark is eventually found buying Bridget a new diary is also alive and well, so be sure to pop in for a browse after!

I hope this brought all your Bridget Jones feels back. Let me know what filming locations you get up to @candaceabroad.

If you liked this post be sure to read up on all the Love Actually and Notting Hill movie locations in London too!